Nations are most often personified as feminine, appealing to the country’s spirit, like goddesses or mothers protecting their children or appealing to a nation’s highest ideals or destiny.

By John Gast (painter) – The goddess or guardian angel Columbia, representing the spirit of America, guides pioneers safely across the plains to build a nation of perpetual progress, leading civilization westward. She is shown bringing light from the East into the West, stringing telegraph wire, holding a school textbook that will instill knowledge,[1]and highlights different stages of economic activity and evolving forms of transportation. Public Domain, Link. This painting was often used as a symbol of America’s manifest destiny.

The Statue of Liberty or Lady Liberty Enlightening the World. 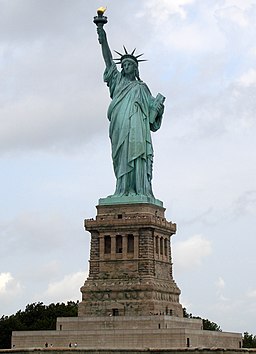 As Jewish poet Emma Lazarus wrote in her famous 1883 sonnet, “The New Colossus,” about the Statue of Liberty, ancient European nations should “keep your storied pomp” — your dignified, magnificent splendors, your pompous monarchies catering to the elite elements of society, your dreams of colonial imperialism, and not be dragged down by the unemployed, the over-worked, underpaid, the exploited, the discriminated against, the victims of pogroms. Get rid of them, deport them, send them to America. “Give me your tired, your poor, your huddled masses yearning to breathe free. The wretched refuse of your teeming shore. Send these, the homeless, tempest-tost to me, I lift my lamp beside the golden door!” 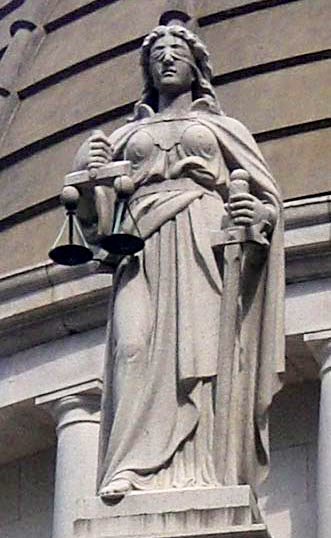 Lady Justice: She personifies the ideals of blind justice, blindfolded, holding a balance, and a sword. This symbol originated in ancient Roman art, known as Justitia. 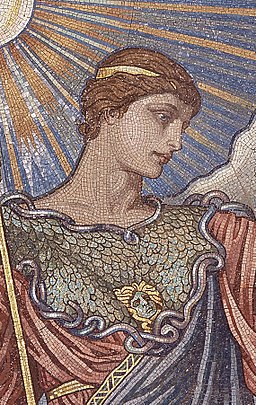 Minerva in ancient Rome, also a goddess of wisdom, strategy, the arts, and warfare.

Bavaria, symbol of the southern German state, its strength, glory and courage of a lion.

Our Lady of Guadalupe, symbol of Catholic Mexicans and their triumph in the New World.

Mother Russia — fierce, protective, strong, fit, and other personifications of Russia as a woman.

3 thoughts on “Goddesses Protecting, Comforting, Reminding Citizens of Their Ideals, Their Destiny”

This site uses Akismet to reduce spam. Learn how your comment data is processed.